A country of 42 Million people, land locked in the center of the African continent, known as the Pearl of Africa and the cradle of civilization.

A country where 70% of the population are under the age of 25 years.

Just let that sink in for a moment.

A country that became internally self-governing in 1962 and for the next 24 years was ravaged by dictators and internal wars.  One of the most infamous Idi Amin.  The current president of Uganda came to power after the bush wars that ended in 1986 and has restored in large part, peace and democratic institutions for his people.

The northern part of the country until recent years was dominated by the terrorist Kony.

Uganda is a country of young people.

Their families destroyed through the years from internal  wars and the ravages of HIV/AIDS.

Yet from all this devastation, with nothing really of their own, Ugandans possess one thing most other countries do not: Gratitude and Joy.

Ugandans seem to appreciate and find Joy in what little they may have.

A country long ignored by international charitable  and aid organizations because of this history and strife.

This is the birthplace of OMACAN's mission.

In the heart of one of villages suffering extreme poverty, with hundreds of orphaned children, we have built a school.

Street kids from Nyendo, Masaka the second largest and most dangerous slum in Uganda stay at our hostel and attend our school with these orphaned children.

Our gift of Hope to these forgotten, discarded children, who are hungry and thirsty for a better life and to create a better country for their future.

This is the first school OMACAN and its donors built in Kalagala.  Today from all the tough lessons and challenges of this original schools we have birthed a program of endorsed and certified schools where we now place our sponsored street children and children from extreme poverty across the villages in the Masaka District.

The Donna Watkinson School of Hope was named in memory and honour of one of our OMACAN co-founders whom God called home April 2016.

In 2017, our primary school opened in February and accepted 76 orphans of the extremely poor village of Kalagala, Masaka and 25 Street children from the Nyendo Slum in Masaka, Uganda. The Nyendo slum is the second largest slum in Uganda and its most dangerous. 110 Children completed their school year in December 2017 our inaugural year.

OMACAN donors and founders, funded and finished construction of Building One which houses 4 large classrooms, funded and built a second set of Latrines and funded operations of the school under the management of Foundation of Hopes Executive Director.

In 2018, OMACAN discovered financial irregularities around the schools' operations and construction and on private ownership of the school land. OMACAN launched a criminal investigation into the founder of Foundation of Hope and its principals and board members and withdrew use of its trademarks and name with the school OMACAN built.

In 2019, OMACAN transformed the school name into the sponsorship of a network of approved schools of hope where we place the street children and orphaned vulnerable poor children under its sponsorship. Welcome to the Donna Watkinson Schools of Hope Program. OMACAN is committed to the vulnerable children transforming their lives and local criminals and fraudsters will not thwart OMACAN's pursuit of Justice for and Education of these vulnerable disposable children. 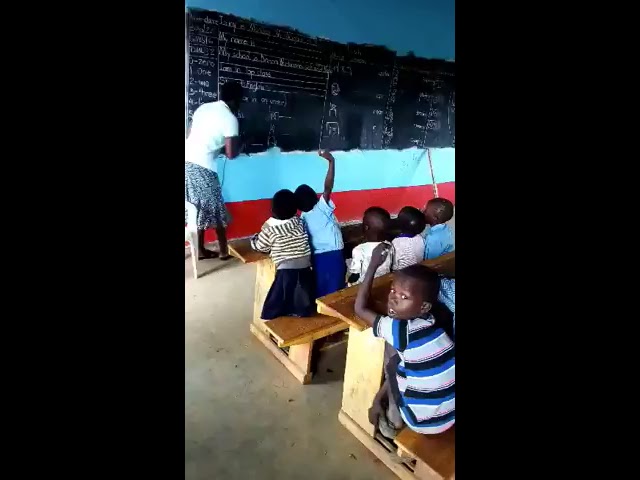 Double-click the video to edit it and enter a short description of the video here.

Double-click the video to edit it and enter a short description of the video here.

Please, give Hope a chance for these children and become a sponsor of a child at the Donna Watkinson School of Hope.  A sponsorship is $360 Canadian or $300 US Dollars/year and provides a child with a meal each day, their education and a uniform. Our sponsorship's are highly interactive with the school and sponsored children.

Or sponsor one of our staple food products like a 100 kg bag of Maize or a 100 kg. bag of Beans for the nutrition program.

Or sponsor one of our key projects please reach out to us on our contact page and we can make that happen as well.